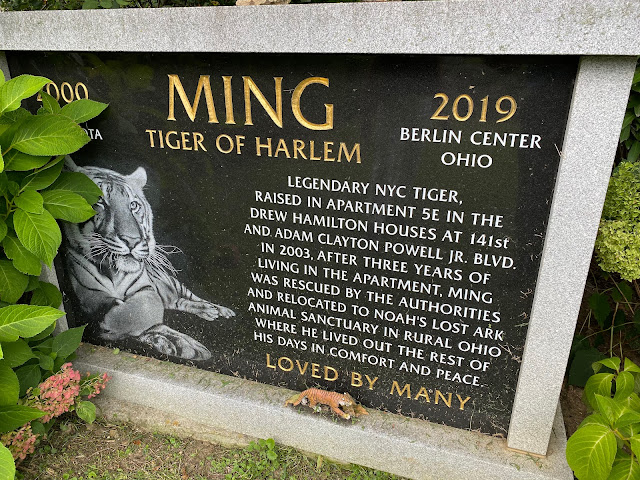 In 2003, it became big news when it was discovered that a fully-grown Bengal tiger was living in a New York City apartment. The 400-pound feline, named Ming, was the pet of an eccentric cab driver who brought him home as a six-week-old cub. Ming was sent to Noah’s Lost Ark, Inc., a sanctuary for exotic animals in rural Ohio, where he roamed free. After he died in 2019, the sanctuary contacted  Hartsdale Pet Cemetery about the possibility of interring him. However, transporting the tiger became an impossibility, so Ming was cremated. In April of that year a large urn containing his cremated remains was interred in Hartsdale Pet Cemetery following a brief ceremony.