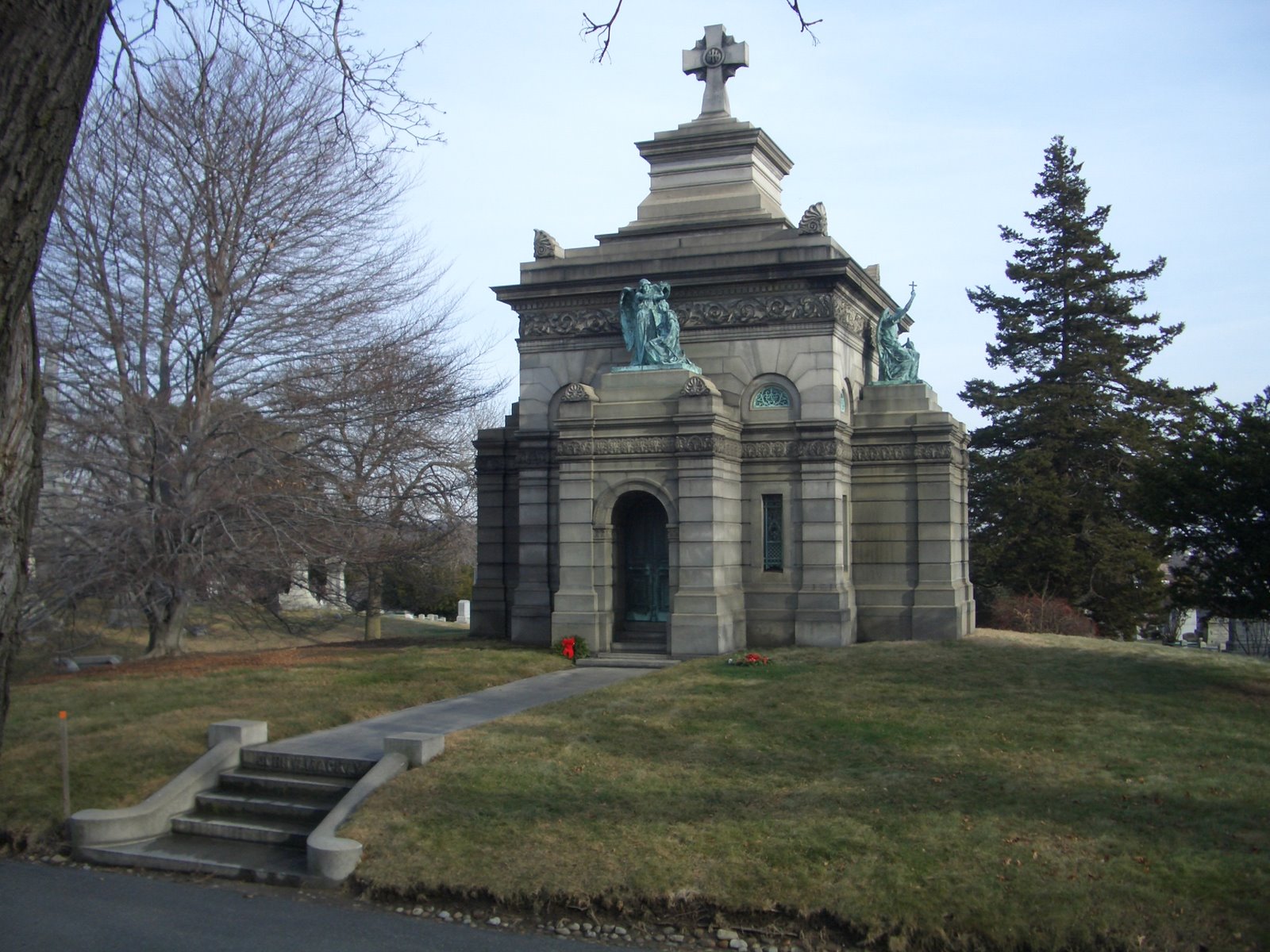 One of my favorite sites at Green-Wood is the spectacular Mackay family Mausoleum. This mausoleum is not only an architectural marvel, but inside contains heat, electricity and an altar. The saga of the Mackay family would have rivaled popular1980's television soaps like Dallas and Dynasty. Patriarch John W. Mackay (I can almost see him played by John Forsyth), made his fortune in mining. It was after the sudden death of his son, John Jr., in 1895, that Mackay had this mausoleum built. When Mackay's younger son Clarence, was married, three years later, his parents gifted him with his very own Stanford White estate, Harbor Hill, situated on Long Island's "Gold Coast". Years later, Mackay's daughter, Ellin, would marry (against her father's wishes) world-renowned composer Irving Berlin.
Email Post
Labels: Cemeteries Green-Wood Long Island's Gold Coast Mackay Family New York City Landmarks