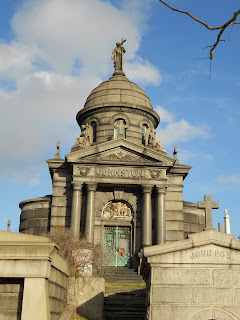 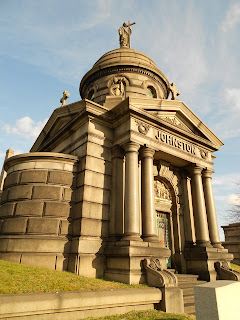 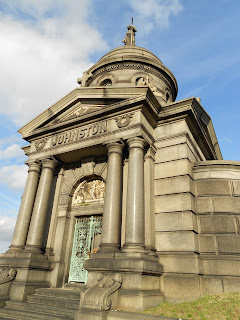 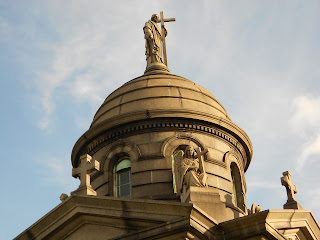 The Johnston family mausoleum in Calvary Cemetery is not to be missed. In fact, one would be hard pressed to do so as the structure is massive and prominently situated. Fans of The Godfather may recall seeing it in the funeral scene of Don Corleone.


In the 19th Century, the Johnston brothers --John, Charles & Robert – were the proprietors of the J & C Johnston Dry Goods Store on Broadway in Manhattan. An 1874 article in the New York Times, entitled ‘The Christmas Holidays: At The Dry-Goods Store’ encapsulated the various offerings from NYC merchants. The entry for the J & C Johnston Co. noted that it had “…one of the most extensive silk departments in the city.”
at December 05, 2011