Scott Joplin, the "King of Ragtime" 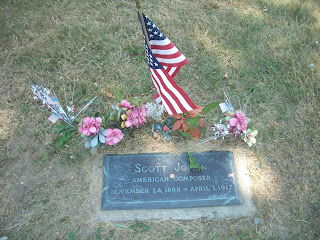 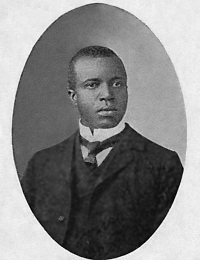 American composer and pianist, Scott Joplin, is famed for his ragtime compositions. Over the span of his career, Joplin penned more than forty ragtime pieces. The Maple Leaf Rag --one of his earliest compositions--is recognized as ragtime’s defining work.


Joplin died at the age of 49 and was buried in St. Michael’s Cemetery (East Elmhurst, NY) on April 5, 1917. Yet, more than 50 years later –in 1973-- his music made a resurgence after the release of the movie, The Sting. The academy-award winning film featured several of Joplin’s compositions, most prominently, The Entertainer, which Marvin Hamlisch adapted for the movie. The popularity of the movie and its musical score brought Joplin’s music to the attention of a new generation.