An Early Feminist and Physician 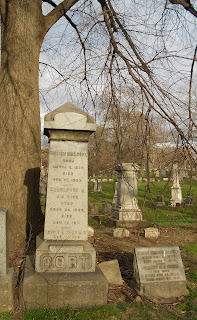 Dr. Lottie Cort practiced medicine for 55 years, after graduating --in 1883--from Women’s Homeopathic Medical College in Pennsylvania. During her career she held a number of positions, including secretary of Memorial Hospital and president of the hospital’s dispensary-a position she held until 1912. An early advocate for women’s issues, Dr. Cort was a prominent suffragist and a founder of the Elizabeth Cady Stanton Equality League. She was also a member of the Chiropean, a club for women which served Brooklyn’s Eastern District. The Chiropean --whose name invited much curiosity--was founded in 1896 and its 250 original members included many prominent women, including the wife of Brooklyn Mayor Frederick Wurster. An early NY Times article stated their mission as:” …to give full scope and an enlarged field to the prerogatives of the twentieth century woman, and to make her in all respects not only the co-equal, but the admitted superior of the twentieth century man.”

Dr. Cort died suddenly on Valentine’s Day in 1939 and is buried in Green-Wood with her parents