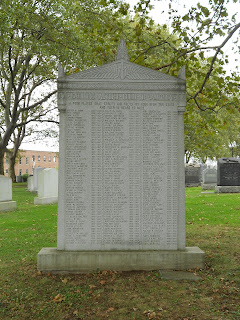 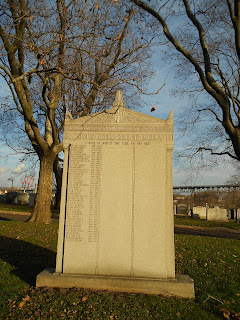 In 1920, a parcel of land in Calvary Cemetery, Queens, was gifted by Cardinal Hayes to the Catholic Actors Guild. But, it was not until 1937 that a monument was erected at the site. The 10 foot high and 8 feet wide monument bears the names of the performers, as well as a line from Hamlet: Flights of Angels Sing Thee to Thy Rest. Gene Buck -- president of the American Society of Composers, Authors and Publishers-- presided over the November, 1937, dedication, telling the crowd that “They made life richer for a million people.”

Over time, the guild purchased additional land and to date more than 200 of its members have been buried here.