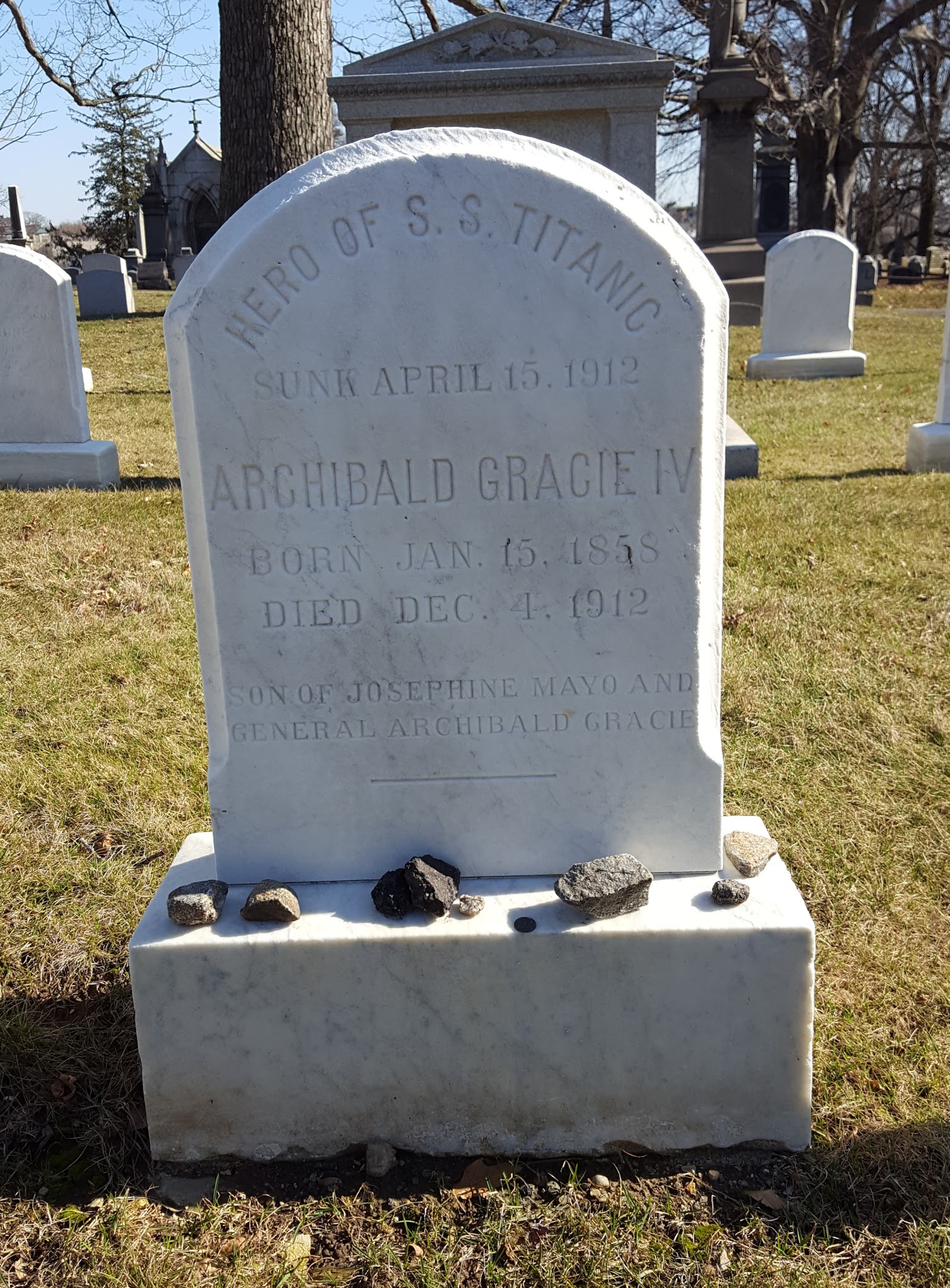 Archibald Gracie IV was instrumental in saving the lives of a number of fellow RMS Titanic passengers. Gracie, too, survived and began work on a book about that tragic night. Sadly, Gracie died eight months later from the effects of his ordeal in the sea. His book, titled "Titanic: A Survivor's Story" was published posthumously. Gracie is buried in Woodlawn Cemetery in the Bronx, surrounded by many family graves. The Gracie ancestral home serves as the New York City mayoral residence.