Charlotte Canda and a Tragic Accident 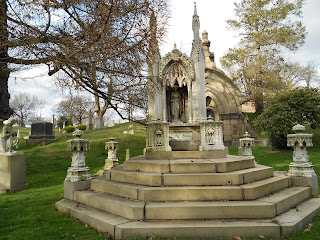 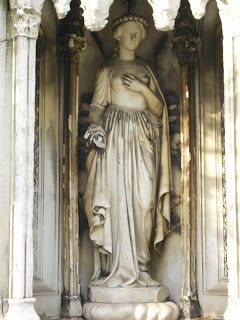 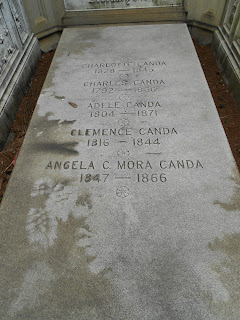 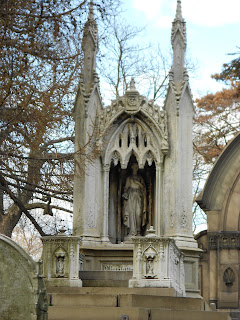 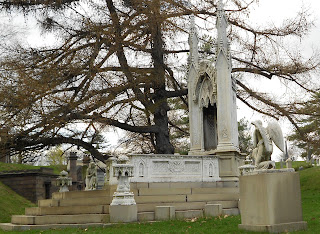 One of the most ornate monuments in Green-Wood is that of Charlotte Canda, who died in 1845, on her 17th birthday. Canda’s death was the consequence of a freak carriage accident that occurred on the way home from her birthday celebration. A tablet by the entrance to the monument makes note of this accident which took her life. Her Gothic monument, which --ironically --she helped design as a monument to her aunt, was personalized for young Canda and for years was the most popular monument in Green-Wood. Constructed of white Carrera Mable in the style of a tabernacle, the monument is decorated with 17 rosebuds, flowers, birds and musical instruments. A large statue of Canda in her birthday gown predominates beneath a marble canopy. In an 1893 article, The New World made reference to her “fair form still preserved in Marble.”

Charles Albert Jarrett de la Marie, said to be Canda’s fiancé committed suicide a year after her death and is buried nearby.