What He Did For Love.

Composer and conductor extraordinaire, Marvin Hamlisch, wrote the award-winning What I Did For Love for the musical "A Chorus Line."  It is a fitting inscription on Hamlisch's memorial in Mt. Zion Cemetery.  His funeral in Manhattan's Temple Emanu-El was a  glorious celebration of  his myriad contributions to the entertainment world.
at July 12, 2020 No comments: 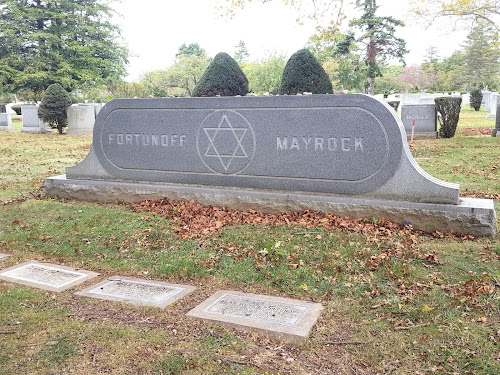 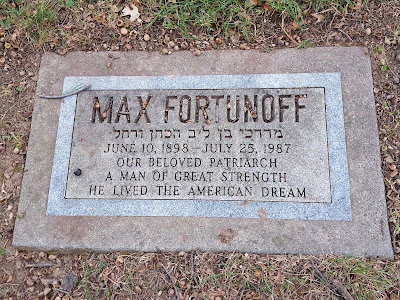 Among the 50,000 + people buried in Mt. Ararat in Lindenhurst, New York, are some of Long Island’s most recognizable names. Foremost among them is Fortunoff. In 1922, Max and Clara Fortunoff began the popular retail store in Brooklyn moving  to Westbury in 1964. What became a shopping mecca for Long Islanders closed in 2009. Max Fortunoff died in 1987, at the age of 89. He is buried with his wife, Clara, daughter Marjorie Mayrock, who preceded him in death, and a number of other family members. The Fotunoff/Mayrock plot is located under a towering oak tree, on a shady corner, at the far end of the cemetery. His footstone reads: He Lived the American Dream. 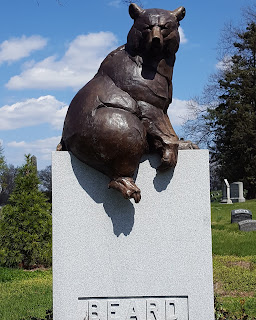 This bear marks the grave of artist William Holbrook Beard who was known for his depiction of human-like animals. Bears were particular favorites of his. His work can be seen in the Smithsonian American Art Museum, the New-York Historical Society, and The Metropolitan Museum of Art. One of his most famous paintings was "Bulls and Bears in the Market in 1879. The work was a satirical rendition of the behavior of investors. Beard is buried in Brooklyn's Green-Wood Cemetery.
at May 05, 2020 No comments:

Finally got the chance to tour two of Washington DC's standout cemeteries: Oak Hill and Congressional. So many monuments caught my attention, some for the notable person buried below, some for the architecture, and others for the inscription. This one, with its powerful and poignant message, is a case in point.
at February 03, 2020 No comments: 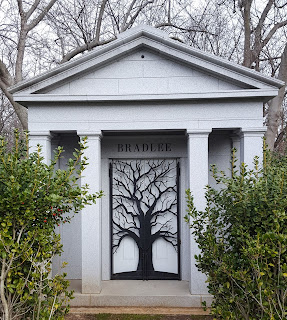 The prominent location of former Washington Post editor Benjamin Bradlee's mausoleum, in Georgetown's Oak Hill Cemetery, was the subject of heated debate. A DC advocacy group contended that the mausoleum "threatened the cemetery's historic entranceway" and they tried to stop construction. After their initial resistance, the city, along with the cemetery's support, permitted the project to go forward.
Katharine Graham, the newspaper's former publisher, and Bradlee's friend and former boss, is buried not far from the neo-classical structure.
at January 31, 2020 No comments:

The history of us: Tombstone tourism connects visitors to Long Island's past 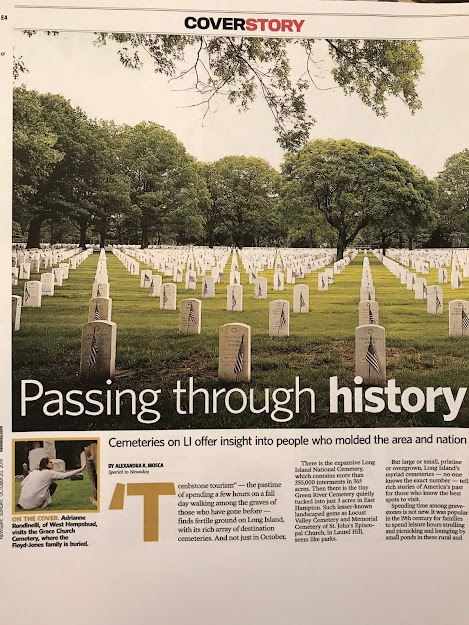 Little has been written about Long Island's many historically rich cemeteries. So, I was most pleased to write about ten of them for Newsday. My story is the cover for today's Long Island Life section.


The history of us: Tombstone tourism connects visitors to Long Island's past
at October 20, 2019 No comments: 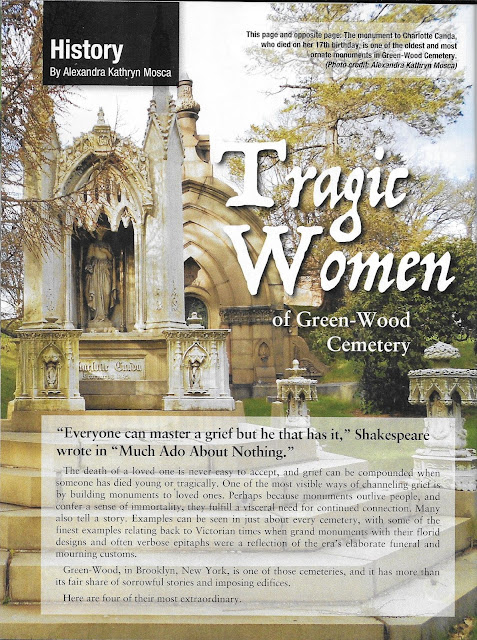 Green-Wood Cemetery continues to be a treasure trove for story ideas. My latest is in this month's American Cemetery & Cremation magazine. Even though all four of the monuments featured in the article appear in my cemetery books, I've since learned even more about them, and their back stories.

What He Did For Love.

Composer and conductor extraordinaire, Marvin Hamlisch, wrote the award-winning  What I Did For Love for the musical  "A Chorus Li...