Green-Wood Cemetery in Fall
I've just visiting Green-Wood for the umpteenth time. Given that I've written a book about the cemetery, as well as a number of articles, it might seen like there's nothing new to see. But that's definitely not the case. Its 478 acres always offer a previously unseen historical and/or architectural gem along with a new perspective on oft-photographed favorites. What's more, seeing the grounds through a friend's first visit (as I did yesterday) is illuminating.

This summer I finally made it to East Hampton to visit Green River Cemetery. It had been on my list of cemeteries to visit for a long time. And while I'd read a lot about it, and included it in an article I wrote for Newsday about tombstone tourism on Long Island, seeing it was something else. Many of the graves are marked by boulders, rather than  tombstones. It may have been a traditional begun by Artist Jackson Pollock, and his wife Lee Krasner. 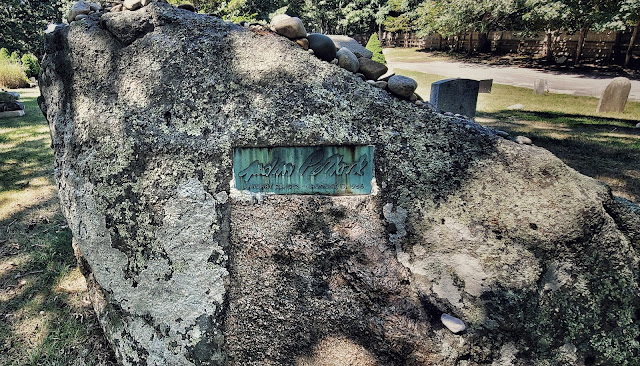 Actor Peter Boyle, too, chose a boulder to mark his final resting place. 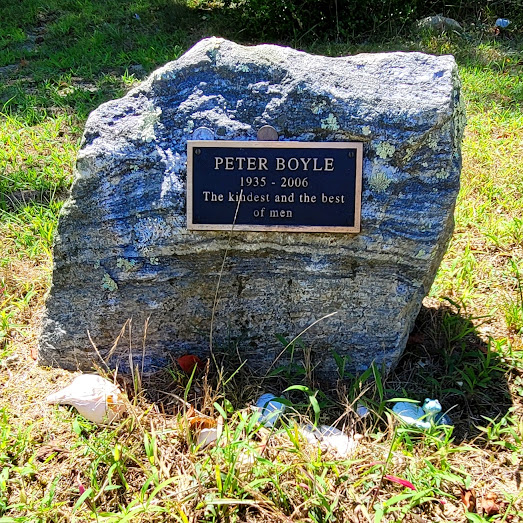 As does Steven J. Ross, the former CEO of Time Warner. 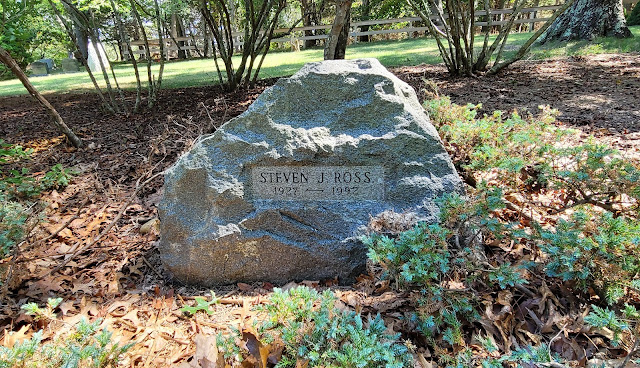 The tragic deaths of brother and sister Courtney and Robert Steel stopped me in my tracks. Courtney was killed by a drunk driver less than two years after her brother died of cancer at the age of 19. 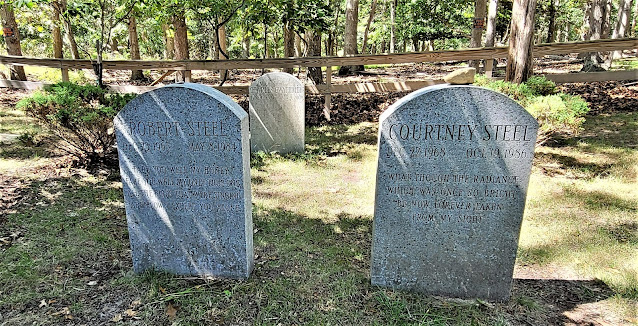 Hartsdale Pet Cemetery
On a cold day in early March of 2021, I visited Hartsdale Pet cemetery for the first time. I was looking for a different kind of cemetery profile, and this more than fit the bill. Despite the chill, I was fascinating by the often elaborate memorials, and sentimental epitaphs which honor beloved pets of  many kinds. Cats, dogs, birds, rabbits....even a tiger, are commemorated here with unconditional love and devotion. 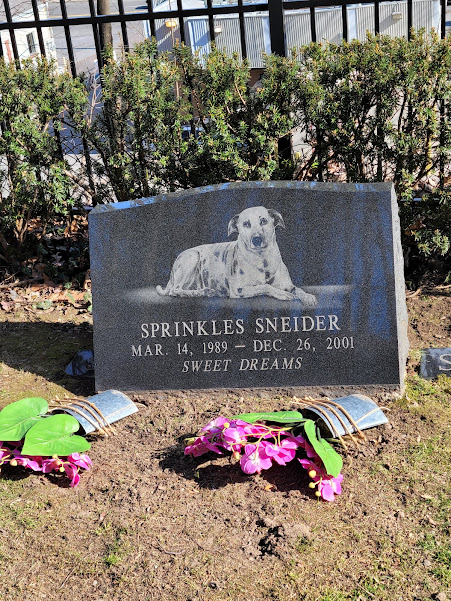 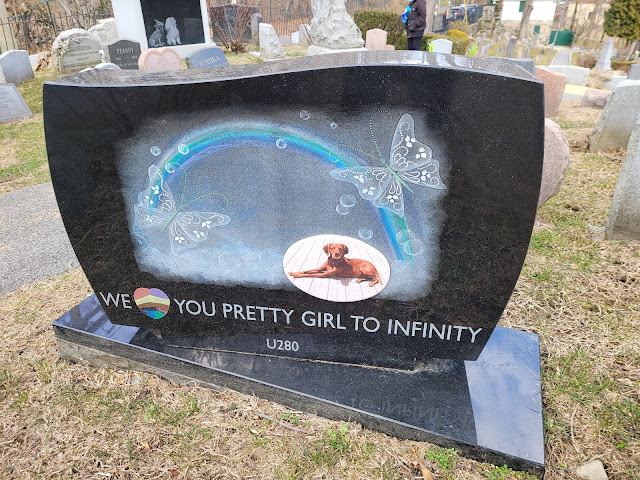 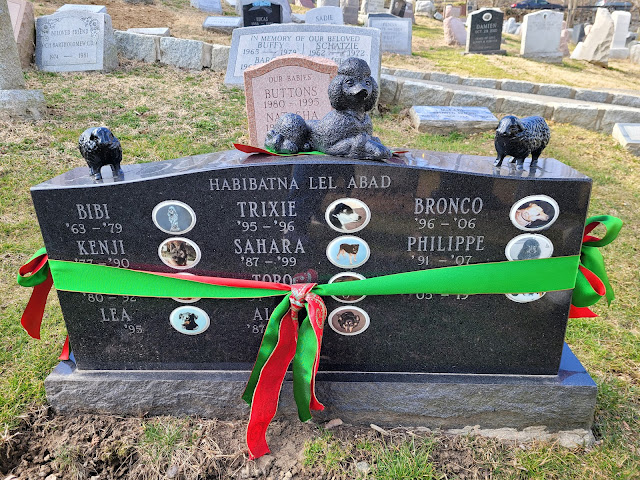 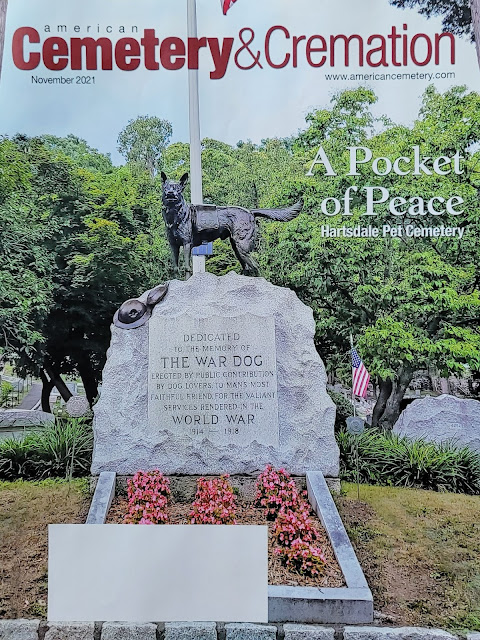 Not surprisingly, my article about Hartsdale --the cover of American Cemetery magazine's Nov. 2021 issue-- became one of my most popular profiles.
Green-Wood Cemetery in June 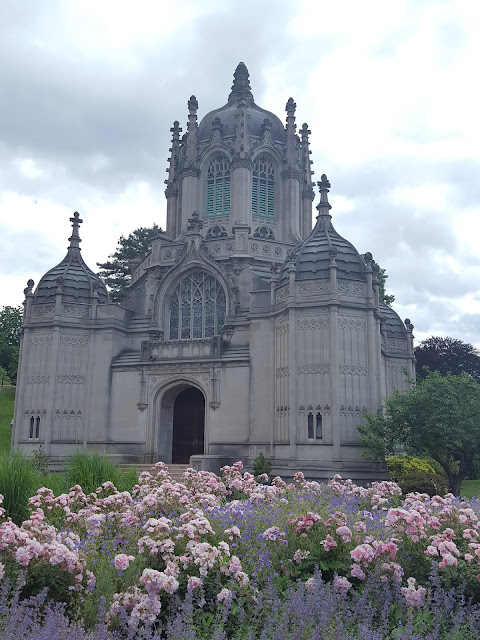 In mid June, I spent an enjoyable afternoon giving friends a long-awaited tour of Brooklyn's Green-Wood Cemetery. With so much to see, I did my best to hit the high points: DeWitt Clinton, Leonard Bernstein, Elias Howe and his dog Fannie, Henry Steinway, Civil War Soldiers' Monument, VanNess-Parsons....and many more.

We drove to some sites and walked to others (lots of Fitbit steps for me) stopping to get a closer look at random monuments, and to read a number of poignant inscriptions. Over the years, I've traversed Green-Wood's 478 acres countless times, researching my book about the cemetery, giving public and private tours, as well as serving in my capacity as a funeral director. Yet, each and every time, I make a new find or learn of one before my visit that I must see. The Badger monument was one such grave site. 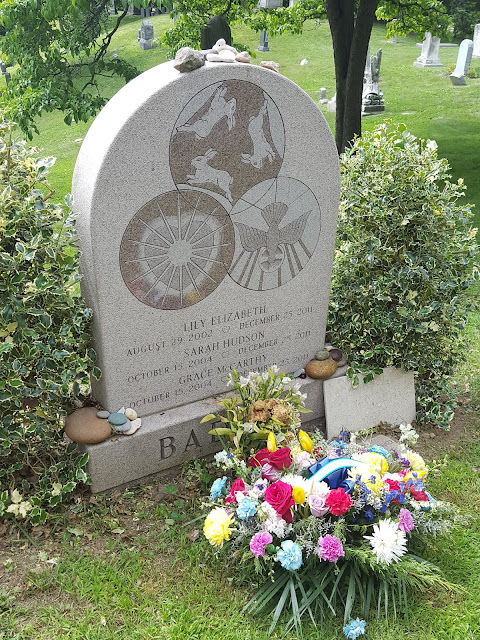 On Christmas Eve, in 2011, hearts broke across the country as we watched the awful news about a Connecticut house fire which claimed the lives of three young sisters and their maternal grandparents. I only recently learned that the girls --Lily, Sarah and Grace --were buried in Green-Wood. Fresh spring flowers decorated their grave, and small stones atop their monument indicated visitors had recently been there. Looking at the stone, and recalling the tragedy, was wrenching. But one of the prime purposes of cemeteries is to allow us to honor those who have gone before us in the most tangible of ways.

Graves of both survivors and casualties of the tragic 1912 sinking of the Titanic can be seen in a number of New York Cemeteries. Woodlawn in the Bronx and Green-Wood in Brooklyn contain the most. 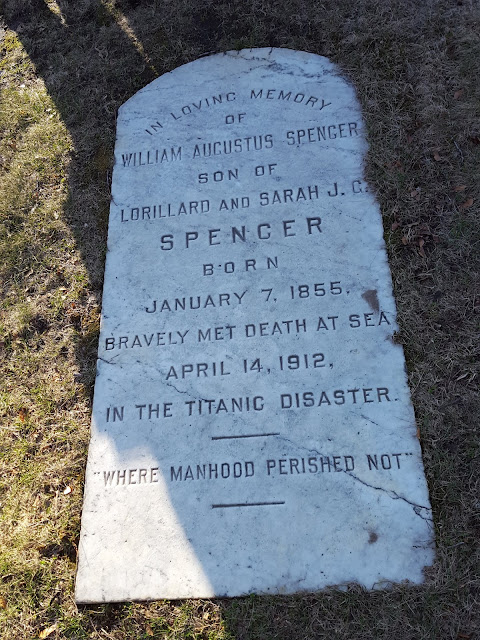 The grave of William Augustus Spencer is one of them. Buried beneath a slab that notes he: "Bravely Met Death At Sea," his grave is one of a number of family graves arrayed around a central family monument. 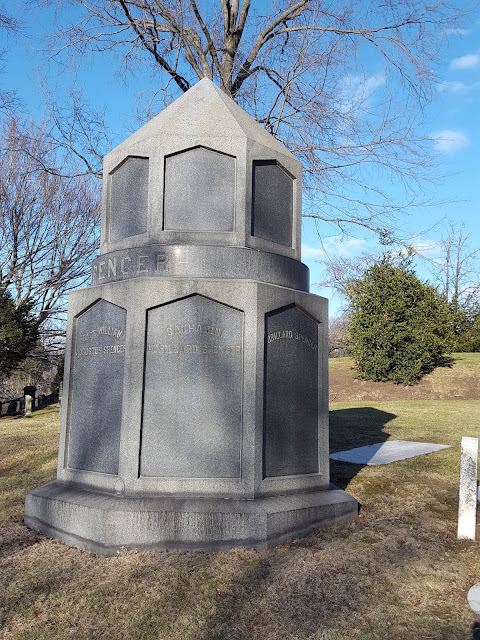 Over in Woodlawn Cemetery, the first grave I wanted to see was Archibald Gracie's. Known as a "Hero of the Titanic," Gracie was instrumental in helping other passengers into lifeboats, effectively saving their lives. 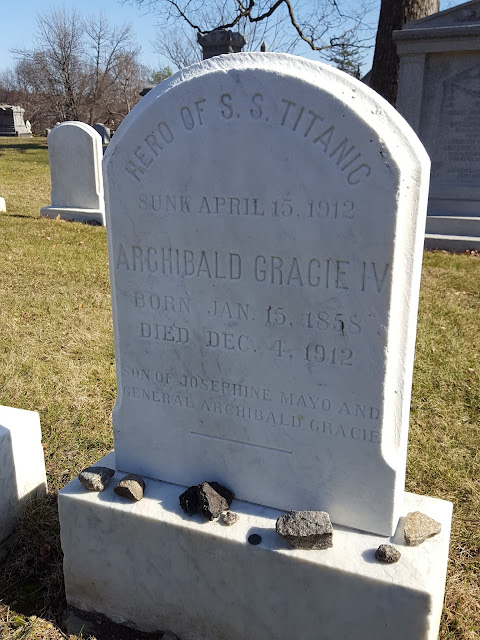 The end result of my research was the April cover story for American Cemetery magazine. 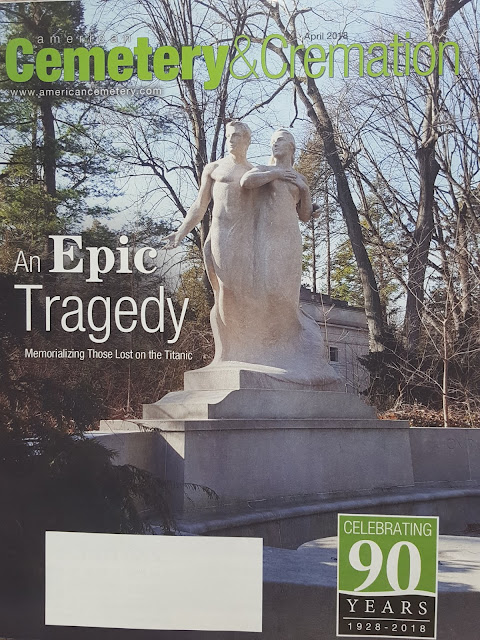